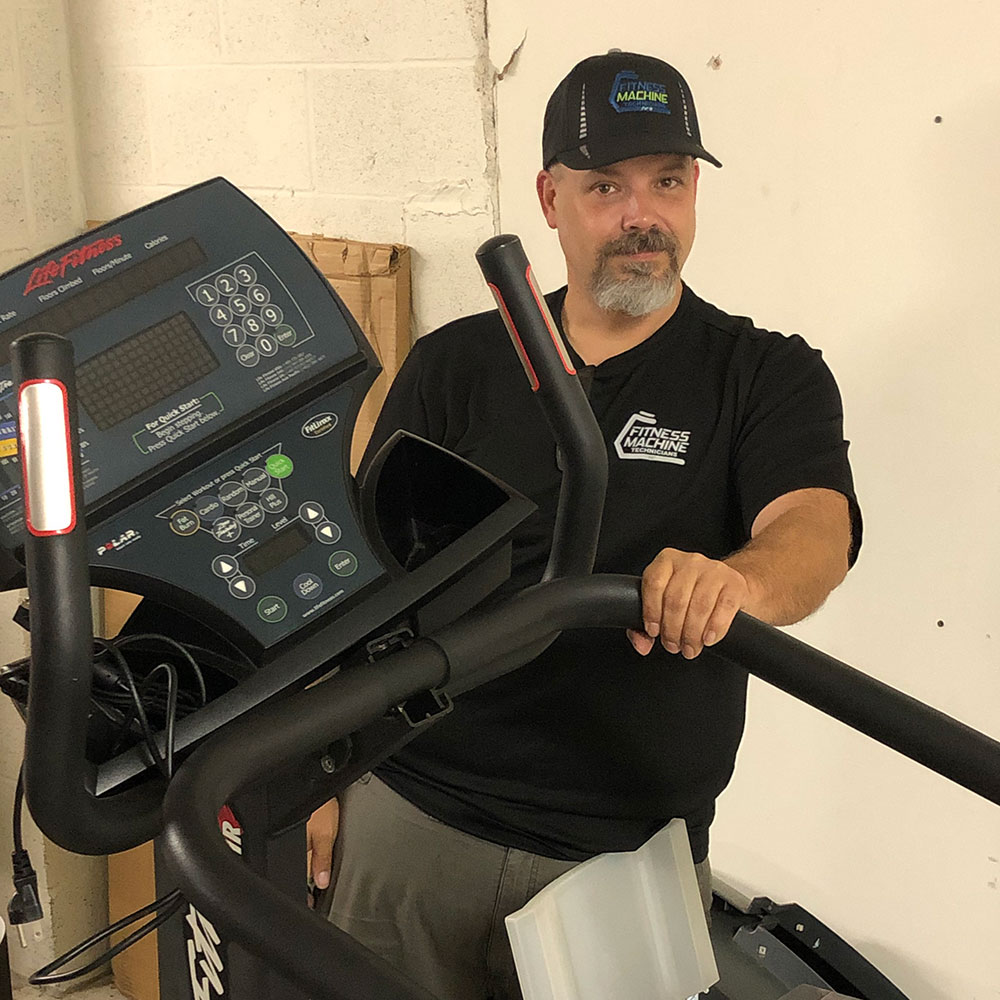 Fitness Machine Technicians’ main Malvern, PA location has been serving the greater Philadelphia area and neighboring Montgomery and Chester counties for nearly 20 years. In that time, owner and CEO Don Powers has consistently employed a great team of talented and dedicated technicians, some of whom have worked at the company for a number of years. Bryan Cooper is one of those talented technicians who has been part of the team for 6 years and counting!

Before working at Fitness Machine Technicians, Bryan was working at Sports Authority where he fixed all types of sporting equipment, including bikes, skiing equipment, tennis rackets and more. He first heard about Fitness Machine Technicians from an acquaintance who thought it would be a perfect fit for him. He applied, and the rest is history. Although Bryan didn’t have prior experience repairing fitness equipment specifically, his background working with many other types of machinery made the transition an easy one.

Bryan’s interest in mechanics goes all the way back to his childhood. “I was very mechanically inclined as a kid,” he says. “I was always taking toys apart, trying to figure out how it all worked.” He learned even more in his teens when he attended a vocational boarding school that gave him the tools and knowledge he needed to make a career out of it. He’s always worked as some type of mechanic ever since.

In the beginning, he did small things like fixing people’s brakes on the side while working at a warehouse. Later, once he realized the warehouse environment wasn’t for him, he went on to become a full-time car mechanic and worked at a national auto chain for 14 years. 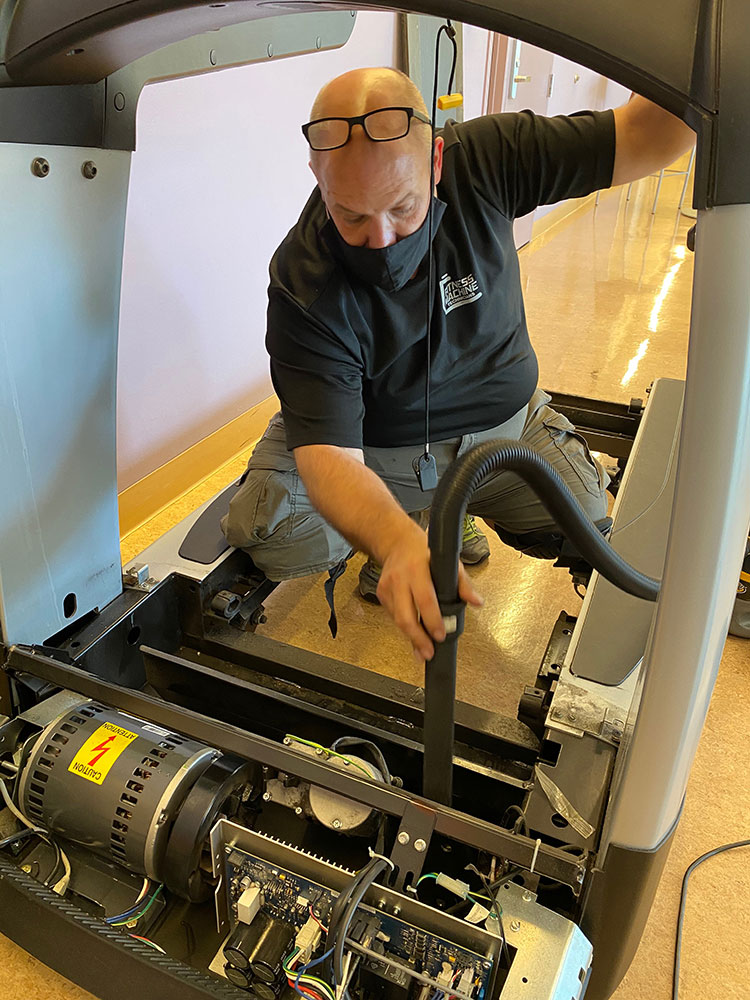 Now Bryan is happy to work at a job that allows him to interact with people but also work independently. He sees it as a nice change in pace from some of his previous jobs where he had less freedom to manage his time and appointments. “Don is the best boss I’ve ever had,” he says. “I really like the work environment and being self-motivated.”

Bryan also likes that he works on something different each day, and he gets to meet new people who are eager to get their equipment fixed. He, understandably, didn’t get the same enthusiasm from customers in the auto industry where repairs are typically much more expensive and inconvenient. “It’s great when customers are happy to see you arrive and appreciate your work,” he says. Once he learned just how important fitness equipment safety is—and how many things can go wrong—he realized his job was really making a difference.

In addition to his usual repair and maintenance appointments, Bryan does a lot of training with new technicians. Sometimes he works in the field with other techs, and other times he acts as his own supervisor. As a self-described people person who likes working one-on-one with clients and coworkers, it’s a great balance for him.

Bryan has lived close to the Malvern repair shop for most of his life—except for when he briefly lived in Jacksonville, FL. When he’s not working on fitness equipment, Bryan still uses his mechanical skills in his free time to dive into many different crafty projects like painting figurines and creating dioramas, to name a few. “I’ll see something interesting on YouTube and figure out how to make it,” he says. Currently, he has a lightsaber in the works! He also enjoys spending time outdoors camping, fishing and kayaking.

We appreciate all of Bryan’s hard work and are proud to have him as part of the Fitness Machine Technicians team!

If you have fitness equipment, you should have it inspected regularly to ensure that it...

When you work with Fitness Machine Technicians, you can rest easy knowing that your treadmills,...

Save Money This Holiday Season by Repairing Your Fitness Equipment

The holiday season is quickly approaching, and before you know it, it will be gift-buying...