Don Powers, Founder & CEO of Fitness Machine Technicians, was recently featured in an article on 1851Franchise.com.

Don’s tenacity was a major factor in his success:

What Powers brought to the table was the drive and willingness to not simply meet a task, but to learn how to master it. Whenever there was a new hill to conquer, he took it upon himself to figure out the best way to do it, relying on his ability and wherewithal to figure it out.

Next, Don has plans to expand westward, the next step on his goal to provide fitness machine repair and maintenance throughout the country. 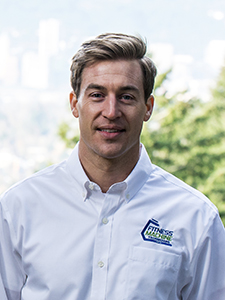 Our West Coast presence is branching out to Portland, OR with new franchise owner Jesse...

Fitness Machine Technicians Detroit Gives Back to Our Local Heroes

In recent weeks, Fitness Machine Technicians Detroit has started a program to show their appreciation...